Classic MONOPOLY for iPad and iPhone

New on the Apple appstore for mobile, classic MONOPOLY by Marmalade Game Studio.

Bringing the classic board game to life. With a beautiful animated 3D city!

Play classic MONOPOLY against the computer, friends, family or with other people online!

For more digital versions of classic Hasbro games for iOS, Switch, PC and Mac, see my list of posts below.

Description: Buy, sell and scheme your way to riches in MONOPOLY, the popular Hasbro board game and a timeless family classic enjoyed by over a billion people worldwide. The board game you know and love is available on mobile and tablets! [Source: iTunes]

Are you ready to bankrupt your opponents in a game of MONOPOLY? Make your way around the board and BUY properties, COLLECT rent and BUILD hotels to become a landlord tycoon, just like the original Hasbro family board game. 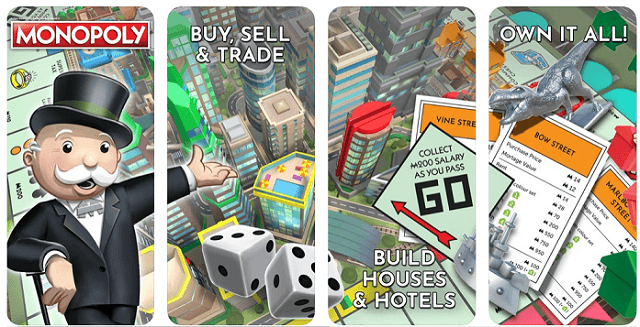 Play classic MONOPOLY against the computer, friends, family or with other people online

Available from Apple for iPad and iPhone.

Board Games for Computer