Plants vs Zombies Games in Order By Release Date 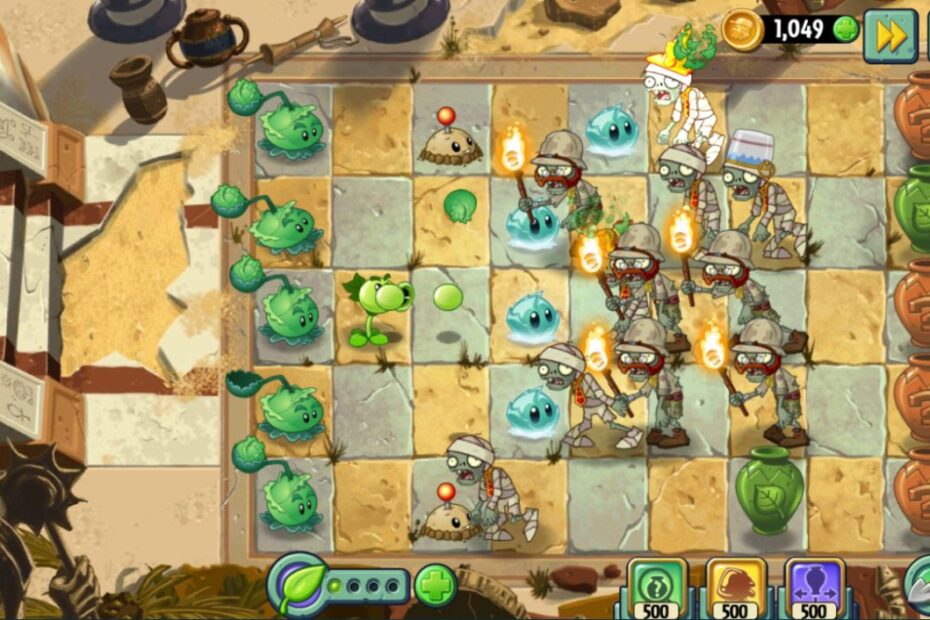 This post details the Plants vs Zombies games series, listed in order. Created by PopCap Games, this is one of the most popular game series on mobile and not only. It’s amazing and I am sure you will want to play all the games in the series!

There are various spin-off games too, which will be included in this list, so that you can play all the games in the franchise and not just the core Plants vs Zombies games. So let’s not waste a second and instead, let’s check out the games in order below!

All Plants vs Zombies Games

Let’s get a bit more in depth with each of the games in the series, explaining all the spin-offs that you can play!

Description: There’s a zombie on your lawn! And your only defence is an arsenal of home-guardin’ plants.

Zap zombies in 50 Adventure levels, 20 Mini-Games, and Puzzle and Survival modes. Dig into the Zen Garden and lively bonus content – earn 20 achievements, and make your own zombie with the Zombatar.

The fun never dies! Battle 26 types of zombies with 49 powerful perennials. Create your own zombie with the all-new Zombatar and see it come to “life”!

This is the original game in the series and still an amazing one to play, despite the fact that it is a bit dated. For more details, see my: PopCap Plants vs Zombies Game Review.

Grow plants that will attack your opponents or slow them down. Between the missions there are a number of building and town development achievements to target.

Closure date: late 2014. This title is no longer available on Facebook or any other platform.

Description: Play the award-winning hit action-strategy adventure where you meet, greet, and defeat legions of hilarious zombies from the dawn of time, to the end of days.

Amass an army of amazing plants, supercharge them with Plant Food, and devise the ultimate plan to protect your brain.

Definitely the most popular (and most amazing too, in my opinion) PvZ game to ever be launched. This game is still on top of download charts on mobile, even today, so many years after its initial release. This says a lot about its quality.

Play PvZ 2, available from Google Play for: Android. Also available on iOS from the App Store.

Description: Shooters just got weird! Plants vs. Zombies Garden Warfare digs into the trenches with an explosive new action experience.

Blast zombies, plants and new characters across a mine-blowing world that delivers the depth of a traditional online shooter blended with the refreshing humor of Plants vs. Zombies.

Take on Co-op and Multiplayer action with your friends and sow the seeds of victory! This is a shooter game and a spin-off from the original series. Still a good game, but different from the traditional tower defense experience.

You can get your copy of the game from Amazon. (affiliate link)

Description: The battle for suburbia grows to crazy new heights in Plants vs. Zombies Garden Warfare 2! For the first time in franchise history, zombies have taken over and plants are on the attack.

With new characters, more ways to play and immersive new maps, Plants vs. Zombies Garden Warfare 2 taps into the heart of what fans loved about the original and goes above and beyond to deliver the funniest, craziest, and most over-the-top shooter.

Embark on a journey to discover new characters, and confront mighty opponents along the way. And, for the first time ever on mobile, play as either plants or zombies. It’s the lawn of a new battle!

This is another spin-off game that I didn’t particularly like. But the game shouldn’t be ignored and if you enjoy this franchise, you should at least give it a try.

Play PvZ Heroes, available on from Google Play or the App Store.

Description: While EA and PopCap are still working to polish the game to deliver a perfect PvZ experience, this upcoming mobile game brings back the classic Plants vs Zombies tower defense style with new twists and new characters.

Little is known at the moment, especially since the game has been in various stages of pre-release testing since 2019, and some people are starting to worry that it might become the next Half Life 3 (which was never released).

However, I am sure that this game WILL be released sooner rather than later and most likely we’ll see the full release of PvZ 3 sometime in 2023.

8. Plants vs Zombies: Battle For Neighborville

This is the third installment in the Garden Warfare shooter series.

Plot: Welcome to Neighborville, where all is well. Except that a crazy new coniferous conflict between brain-less and botanicals is brewing!

What are you gonna do – call the crops? Soil your plants? Prepare to kick some grass in a plant-on-zombie conflict that will take you to the outer edges of Neighborville and back again!

*Plants Vs Zombies: Battle For Neighborville (GW3) is available for Xbox One, PS4 and Switch from Amazon. (affiliate links)

How many games are there in the Plants vs Zombies series?

Not taking into account the Facebook game that is no longer available, but counting the spin-offs, we can say that there are 7 Plants vs Zombies games out there. This includes the Garden Warfare spin-off and the PvZ 3 game that is, at the moment of writing, still in pre-release testing.

If you love playing PopCap’s games, here are a few other lists of games that I am sure you will love to check out:

For details of all the series lists on this blog. See my A to Z Game Series Index.

Now you know everything you should know about the Plants vs Zombies games, as I have listed them above in order, based on their launch date.

My all time favorite remains Plants Vs Zombies 2, but I am really curious to see what PvZ3 will bring to the table and where will PopCap and EA take the franchise next.

If I managed to forget listing a game in the series (or if a new one is launched and I haven’t covered it yet), let me know by commenting below.

previousVirtual Villagers Games in Order by Last Day of Work