Xbox One Games News on rgamereview.com
The best Xbox One games news. With top new releases and game updates. Plus any sales, giveaways and special offers for Xbox One.

Just Dance 2021 released this month! And available for Nintendo Switch, PlayStation 4/5, Xbox One/Series X/S and Stadia. This is 12th game in the popular series!

Exercising has never been so fun! Start your own routine with the Sweat Mode and keep yourself motivated by tracking the calories burnt and the time spent dancing.

For more new top-rated video game releases, see my list of posts below.

Peaky Blinders: Mastermind, a puzzle adventure game based on the award-winning BBC and Netflix TV show.

Top crime adventure game set right before the events of series 1, play as the main characters from the show.

For more top crime adventure games for Nintendo Switch, see my list of posts below.

New out last week, Family Feud for consoles. Available for Nintendo Switch, Xbox One and PS4.

This video game version of the hit TV game show (aka Family Fortunes in the UK) has a number of game modes including local and online multi-player. Or single-player mode and play against an AI team!

For more video game versions of TV shows that you can play on your consoles, computer, tablets or phones see my list of posts below.

Star Wars: Squadrons, new out for PC, Xbox or PS4.

From Motive Studios and Electronic Arts.

Set after the events of Return of the Jedi, master the art of starfighter combat in this new sci-fi action shooter!

For more top RPG games for PC, PS4, Switch and Mac see my list of posts below. 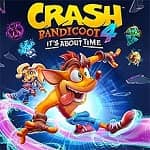 This new chapter in the popular platform game series is developed by Toys for Bob.

Crash Bandicoot, Coco and the gang must recover the all-powerful Quantum Masks to stop Doctor Neo Cortex and Doctor Nefarious Tropy from taking over the multiverse!

No Straight Roads by Metronomik

No Straight Roads a cool new music action-adventure from Metronomik.

Music is power! Fight an evil empire and lead the musical Revolution to take back control of vinyl city.

This action adventure game is new on Amazon for Nintendo Switch, Xbox One and PS4.

For more top Amazon video game releases, see my list of posts below.

Journey To The Savage Planet New out this week, Journey To The Savage Planet from Typhoon Studios.

A quirky adventure exploration game for PS4, PC and Xbox One.

Play as the newest recruit to Kindred Aerospace, dropped onto an uncharted planet with little equipment. Determine if this planet is fit for human habitation but perhaps you are not the first to set foot here! 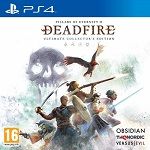 Already available for Xbox One and Nintendo Switch. 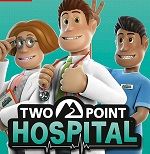 From Two Point Studios and SEGA.

Available to pre-order now from Amazon.

For Nintendo Switch, PS4 and Xbox One. 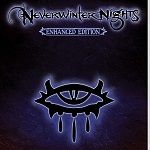 The Enhanced Edition of this popular RPG from Beamdog, released on computer last year. And now released for consoles – Xbox One, PS4 and Switch.