You are here: Home / Reviews / The Devil's Daughter 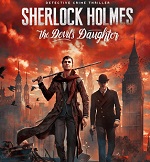 For the full games series so far, see the post link included below.

Plot: London, 19th century. Moriarty is dead, but his dark legacy lives on. Welcome to 221B Baker Street for the thrilling adventure that will challenge the master sleuth as never before. When a mysterious lady moves to 221C, try to uncover the truth as you hide a terrible secret from your adopted daughter. While solving four seemingly unlinked cases, Holmes’ story will culminate in his greatest-ever problem, involving his most beloved ones and his worst enemies in a deadly chase for the truth. [Source: Amazon] 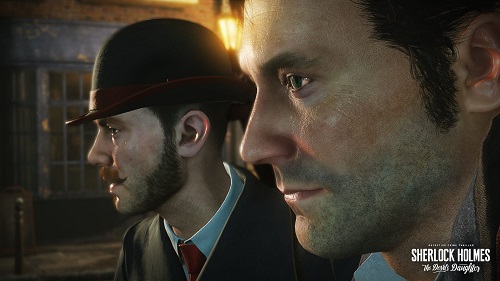 The Deduction Board is an excellent visual representation of Sherlock’s Mind Palace. Here you can view all your clues. Move them into the Deduction Space and logically combine pairs of evidence, throughout the game. At the end of each case, return to the Board to draw your final deductions. And choose a conclusion for the investigation.

Though each investigation can lead to several conclusions. Mostly there is only one correct conclusion.
Once you have confirmed your conclusion. You’ll also face a moral choice, usually whether to reprieve or punish the culprit. You then get to watch how your chosen ending plays out. 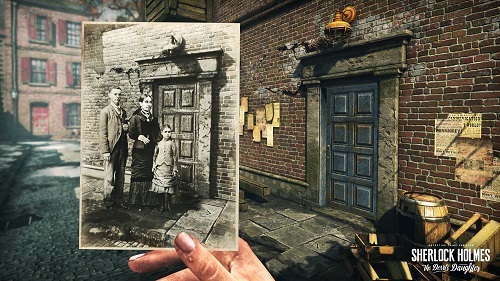 Get Sherlock Holmes: The Devil’s Daughter

This is the 8th RPG installment in the series. See my post: Frogwares Sherlock Holmes Series List. For a list of all their Sherlock games. Including hidden object and RPGs. On computer and other platforms, listed in order of PC release.

And my New Mystery-Solving Games. News and reviews. For PC, Mac, iPad and iPhone.