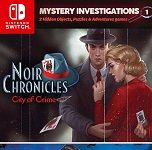 For more detective games to play on Nintendo Switch and details of the Switch console, see my list of posts below.

Plot: Step into the shoes of Alfred Fox, a private eye with a knack for getting into trouble, and confront the danger looming over your old flame, Barbara Le Purr. Using your own intuition and wide investigation techniques you will follow the intrigue and face many, sometimes deadly, consequences. When you receive a phone call from your old flame, Barbara, you don’t expect it to be the beginning of the most difficult investigation in your career. The affair from the past will become the source of questions that you will try to answer… [Source: Amazon UK]

Game Play and Features
Explore more than 43 locations in a vibrant metropolis! Solve 41 puzzles to get to the real kingpin! Search through 20 scenes with hidden objects to find clues! Learn the fate of 20 characters involved in dark and mature intrigue! Follow the love affair and discover its deadly consequences!

Plot: It was supposed to be a simple suicide case – a quick inspection and lots of boring paperwork. But the more you delve into this secluded island and the twisted family relations of the owners, the more complicated and unclear this case becomes. A rookie inspector on her first assignment and her experienced co-partner arrive at the scene – a luxurious island in the middle of the ocean owned by a young millionaire, who wants the matter concluded as quietly as possible. The question in this case appears simple enough: was a security guard’s death a suicidal plunge, or maybe an unfortunate fall? The residents of the island – the Bradford family – at first seem cordial and beyond reproach, even shocked by the death of a friendly employee. But upon closer inspection it becomes clear that they harbour animosities and deep hidden motives… [Source: Amazon UK] 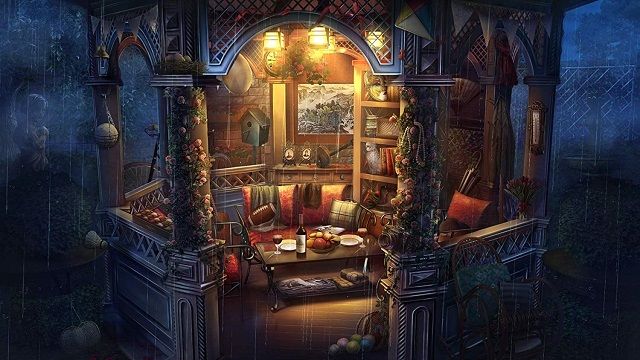 Game Play and Features
Enjoy over 39 mysterious locations! Challenge yourself with 36 riddles and hidden object puzzles! Find out more about the enigmatic family members! Get 16 challenging achievements! Find 28 collectibles!