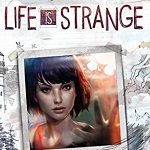 And including games with a variety game play.

Most of these top Mac games are indie games.

For more top Mac games, see my list of posts below.

Plot: What if you could rewind time? Follow the story of Max Caulfield, a photography senior who discovers she can rewind time while saving her best friend Chloe Price. The pair soon find themselves investigating the mysterious disappearance of fellow student Rachel Amber, uncovering a dark side to life in Arcadia Bay. Meanwhile, Max must quickly learn that changing the past can sometimes lead to a devastating future. For more details, see my post: Life is Strange Games, Listed in Play Order including details of the latest releases in the series for computer and console. Plus standard and limited editions on Amazon UK/US.

Description: Dying Light is an action survival game presented in first-person perspective. The game is set in a vast and dangerous open world. During the day, you roam an urban environment devastated by a mysterious epidemic, scavenging for supplies and crafting weapons to help you defeat the hordes of mindless, flesh-hungry enemies the plague has created. At night, the hunter becomes the prey as the infected grow in strength and aggression – but even more lethal are the nocturnal, inhuman predators that leave their hives to feed. You will need to make use of all your skills and any available means to survive till dawn. Plot: In This War Of Mine you do not play as an elite soldier, rather a group of civilians trying to survive in a besieged city; struggling with lack of food, medicine and constant danger from snipers and hostile scavengers. The game provides an experience of war seen from an entirely new angle. The pace of This War of Mine is imposed by the day and night cycle. During the day snipers outside stop you from leaving your refuge, so you need to focus on maintaining your hideout: crafting, trading and taking care of your survivors. At night, take one of your civilians on a mission to scavenge through a set of unique locations for items that will help you stay alive. 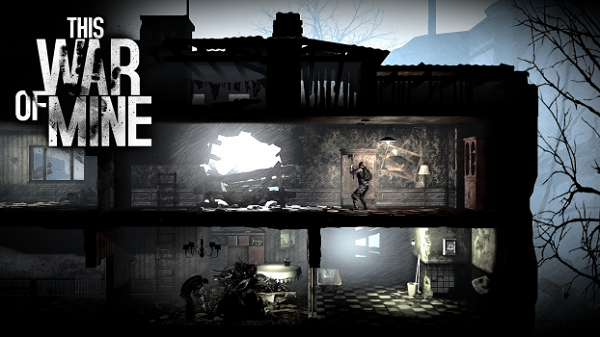 Best Mac Adventure Platformer Games 3. This War of Mine

Description: Experience the definitive version of Middle-earth: Shadow of Mordor which includes The Lord of the Hunt and The Bright Lord story missions, the Trials of War challenge series plus additional Warband Missions, Runes & Skins. 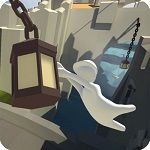 Description: Uncover the secrets of an ancient temple and deck Bob out in new costumes.

Bob is just a normal human with no superpowers, but given the right tools he can do a lot.

Misuse the tools and he can do even more!

The world of Human: Fall Flat features advanced physics and innovative controls that cater for a wide range of challenges.

Bob’s dreams of falling are riddled with puzzles to solve and distractions to experiment with for hilarious results. The worlds may be fantastical, but the laws of physics are very real.

Available from Amazon for: PC and Mac Download (UK). 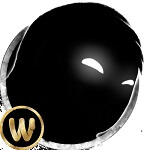 Plot: Seize control of your destiny in a grim dystopian world!

As the manager of a government-run apartment building, you must keep your residents comfortable and well-fed while fulfilling the directives of your superiors.

Featuring beautifully bleak visuals and rich strategic gameplay, Beholder will hold you in its grip until you have mastered its many challenges!

7. A Story About My Uncle Best Mac Adventure Games 7. A Story About My Uncle

Description: A Story About My Uncle is a first person platforming adventure game about a boy who searches for his lost uncle, and ends up in a world he couldn’t imagine existed.

Take help of your uncle’s mysterious inventions that let you jump incredibly high and far through beautiful scenery.

Uncover clues to your uncle’s whereabouts, and meet fantastical creatures that will help you on your journey.

The movement in A Story About My Uncle is a crucial part of its core gameplay.

Focusing on swinging through the world with a grappling hook that gives the player a wonderful sense of speed and freedom.

Soar through a game world with a unique art style and a mysterious story that unravels before you. Make allies as you travel with your caravan across this stunning yet harsh landscape.

Carefully choose those who will help fight a new threat that jeopardizes an entire civilization.

Every decision you make in travel, conversation and combat has a meaningful effect on the outcome as your story unfolds.

Not everyone will survive, but they will be remembered. Description: Layers of Fear is a psychedelic horror that will keep you on-edge for the reminder of the game.

Delve deep into the mind of an insane painter and discover the secret of his madness, as you walk through a constantly shifting house.

Heavily inspired by the masterpiece paintings from the past centuries, and the architecture and décor from the XIX century.

Layers of Fear is a truly unique experience, where each move of the camera can change your surroundings.

Layer by layer uncover the visions, fears and horrors that entwine the protagonist and finish the masterpiece he has strived so long to create. Description: Lose yourself in The Silent Age, the thrilling point-and-click adventure completely revamped and updated for PC.

Help Joe as he travels between the groovy present of 1972 and the apocalyptic future of 2012.

Discover the truth behind humankind’s extinction!

A quest entrusted to him by a dying man from the future.

Use your portable time travel device to solve puzzles that bring you closer to answers and saving humanity.

For the latest Mac Games News and Review posts.