You are here: Home / Reviews / Risk Board Game App

This is a look at the best Risk board game app alternative.

For Fire and Android tablets.

Currently, the official Risk board game app is only available for the iPad.

However, you can still play Risk style games on Android and Fire with this great alternative.

For more military strategy games, see my posts included below.

Description: Similar to the classic Risk board game, and streamlined for quicker play. Border Siege was designed and developed specifically for Android phones and tablets. Supports two to six players, with any mixture of players and AI. Play locally using pass-and-play or try out the online turn-based multiplayer. [Source: Amazon.com] 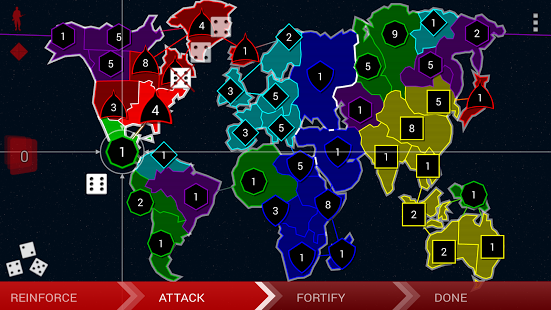 * It uses the same game play and rules as the Risk board game.
* It is streamlined for even faster action and play.
* You have a choice of maps to play with.
* Making this version even more re-playable and varied.
* In Border Siege there also multiple game modes.
* So you can play Risk against computer opponents in single-player turn-based mode. Just like the classic Risk board game.
* Or you can play the multi-player option online and locally.

* This Risk style app has been around for a few years now. But it is still very popular. So there are always plenty of online players to play with.
* Plus this Risk game alternative is maintained and regularly updated by the game developer.
* Of all the Risk alternatives, this game has received consistently top reviews from players and Risk fans!