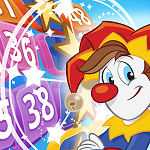 This Slingo apps list includes 5 variations of the popular Slingo game.
From Funkitron!

A combination of Bingo and Slots game play.
Available for iOS, Android and Amazon Fire.

Check out my list at the bottom of this post. For offline Bingo and Slingo games for computer. Including a cool 7 Slingo bundle! And original classic Slingo for computer. 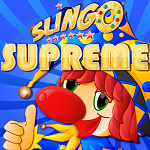 Description: In Supreme, as you play, you will unlock powerups.

These powerups will then let you build your own custom Slingo game!

And get this, with 12 types of powerups, you can combine them each in different ways to create over 16,000 ways to play!!!

Can you create your own favorite game to give you that top score? 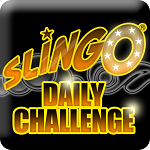 With a different set of Powerups that help you beat the daily challenge goal.

Take your Slingo.com account on the go and win Slingo Coins for each game you play.

Description: Slingo Adventure combines classic slot machine game play with Bingo style number matching. Play through 300 (and counting) fun, fast paced level by spinning, daubing, and betting your way to success. Don’t forget! The faster you match, the bigger the bonus, but watch out for the Devilkins who are there to hinder your progress. 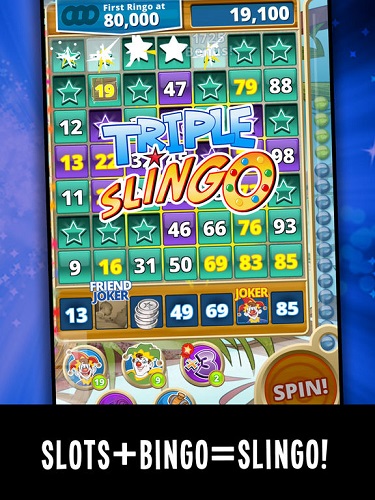 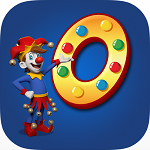 Slots meets bingo in this relaxing puzzle game where you must spin slot machine reels to make matches in the board below.

Match five cards in any direction to get a Slingo and win tons of coins. 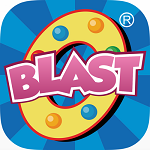 Description: Have a blast with your friends in the hottest new multiplayer game: Slingo Blast!

Enjoy Slingo gameplay with the new challenge of facing off with opponents.

With time-based rounds and beating their scores.

Move up in the ranks of the regional and global leaderboards!

For offline Bingo and Slingo games to play on computer. See my posts:
* Original Classic Slingo and other Slingo Versions for Computer. Including details of a cool 7 Slingo bundle pack for PC.
* Bingo Games to Play Offline against the Computer.

For more top games franchises, see my A to Z of Popular Games Series Lists page.