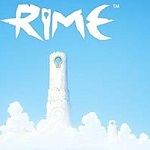 Plot: A land of discovery stretches out before you. Explore the beautiful yet rugged world of RiME, a single-player puzzle adventure. In RiME, you play as a young boy who has awakened on a mysterious island after a torrential storm. You see wild animals, long-forgotten ruins and a massive tower that beckons you to come closer. Armed with your wits and a will to overcome-and the guidance of a helpful fox-you must explore the enigmatic island, reach the tower’s peak, and unlock its closely guarded secrets. [Source: Amazon]

Available for PS4, Xbox One and Nintendo Switch from: US Amazon or UK Amazon.