You are here: Home / Game News / Close to The Sun

Close to The Sun from Storm in a Teacup 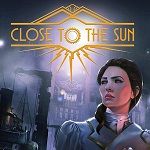 Close to The Sun, new story-driven horror adventure game. From indie developers, Storm in a Teacup.

Set in 1897, in an alternative world, dramatically changed by a second age of scientific enlightenment fueled by Tesla.

Released earlier this year for computer. And due out this week for Xbox One, Nintendo Switch and PlayStation 4.

For more top Steampunk adventure games, see my list of posts below. Close to The Sun

Plot: It’s 1897. Deep in international waters, the Helios stands still. An unbound utopia for scientific research, born of Nikola Tesla’s vision. Journalist Rose Archer steps aboard in search of her sister Ada, quickly to discover not all is as it seems. Grand halls stand empty. The stench of rotting flesh lingers in the air. Silence. A single word is painted across the entrance… QUARANTINE! [Source: Amazon] Play Close to The Sun